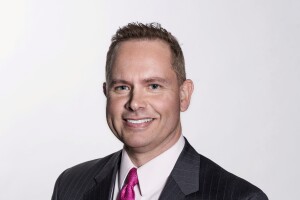 Clint Boone joined the 2 Works for You team in December 2018.

Clint is from Bartlesville and grew up in Green Country most of his life.

In the third grade, Clint dreamt of being on TV and forecasting the weather. He's been working in the TV industry for over 20 years and in the Tulsa market for seven years.

Clint's broadcast career began in Bartlesville when he did radio play-by-play for the local American Legion baseball team.

Clint is a big Oklahoma State fan and graduated from there with a broadcast journalism degree. He also completed post graduate work in meteorology at Metro State-Denver and Mississippi State University.

During his free time, Clint enjoys running down Riverside Drive or playing competitive tennis. His claim to fame was being the top rated tennis player in Arkansas in his division a few years ago.